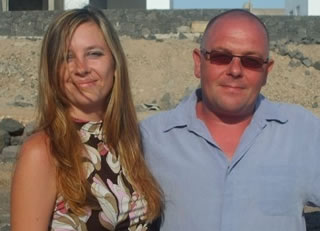 Well, it’s the time of year again that we are expecting a run of traffic on our Lanzarote Relocation site – a site that offers information for people thinking of moving to Lanzarote. With all the New Year resolutions and the new year – fresh start attitude that goes with the beginning of the year we always see a spike of traffic in January.

As ever we’d give anyone the same advice as usual;

We’ve been here some years now and have seen all sorts of people come through the Lanzarote Relocation site. Dreamers who will never make the move, people who try but are not fully committed, some who really want to but it’s not the right time just yet, people who try with the best of intentions yet don’t succeed – and of course some real success stories!

For us the site has been a real success for its visitors – and we think the main reasons are that we are honest and open about who and what we are, and the advice and information we offer is free. We make very little money from the site – and we have no wish to. It  pays for its costs with affiliate advertising – and certainly doesn’t even come close to paying for the large amount of time spent on it. But money was never a part of our thinking behind this site. We simply wanted to pass on what we have learned from moving to and living on the island to others.  The site has gone from strength to strength, and continues to grow. We’re very proud to be able to say we are not part of the ‘kick back’ culture that so many are as we take no financial incentive for recommending any of the companies on it.

Yes – Lanzarote has suffered from the recession – despite what some will tell you, the property market is still pretty stagnant from what we see – which on the upside means there are bargains to be had. Many ex-pats are heading back to the UK as it has become increasingly harder to make a living or find jobs in Lanzarote. Bars have closed, as have many other businesses, tourism numbers have been down – though the island has seemed relatively busy over the Christmas period… It’s probably not the best time to move out here right now unless you have money or real confidence in your ‘plan’. If you’re going to be dependant upon finding a job – it may be best to shelve your ideas until the global market changes.

We’ve been very lucky with our business – we’ve continued to grow and are still growing with website builds for clients on the island and in the UK. We’re fairly confident in saying that with over 150 active clients in Lanzarote, Gandy-Draper is most likely the largest English speaking web design business on the island – with our client base being made up of English, Spanish and German clients.

Our Canary Nightlife site continues to grow with new clients signing up in Lanzarote, Fuerteventura, Gran Canaria and Tenerife over the course of 2009 and shows great potential for further growth.

Thankfully, it’s been a fairly good year all round for us – life is what you make it! Make no mistake though, we work hard for what we have – life on a holiday island isn’t necessarily a holiday…

Happy New Year to everyone on and off the island!