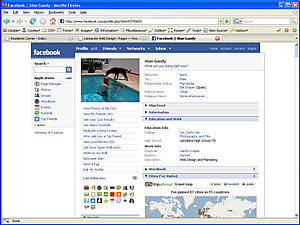 You may have heard the phrase before, but we’ll clarify anyway. Social Network Marketing is using social networking sites such as Facebook and MySpace to market your business or services by creating profiles for brands or companies, and using the communication tools they provide.

It sounds like a great idea, but there are some major pitfalls to be aware of…

Social Networking sites are designed for interaction between friends and acquaintances. You may sneak whatever you are selling in front of inexperienced users – but experienced users can harbour resentment against intrusive marketing. Additionally, big corporates, for instance Burger King, may already have their enemies! Remember these sites pretty much are open to a free for all, and in some cases are really not that difficult for unscrupulous users, or even competitors to hack. If it can happen to the big boys, it can happen to you!

Social Networking sites go through fads. You can spend many hours, days, or months working on them to try and build an audience, then one day you wake up and find that it’s all gone and you have to start again. In the case of MySpace, two years ago it dominated the market, now it would seem its struggling to survive. It has become degraded by the constant stream of pointless add ons, increased advertising, and abuse by commercial enterprise.

Over the course of a very short time Facebook seems to have taken the market share, but, yes you guessed, that too is starting to have its quality degraded… A constant stream of new ‘applications’ is creating a whole new way to generate spam to its users, malicious chain letters abound, and it can only be a matter of time before the pornographers work out a system for the effective distribution of their wares… Groups too have become somewhat tedious – how many “I bet I can find a million people…” groups have you joined? Did you realize that many of these are just a means of gathering your contact details for marketers, in much the same way the applications are?

Don’t get us wrong, at this moment in time, Facebook is okay, but it does seem to be about to hit that slippery slope. It’s great for personal use to keep in touch with friends, and in marketing terms it might work for a small enterprise with regular customers to inform and maintain relationships. If you are a larger business, it might work if you are creative enough to be original, but remember to measure the rewards against the time and effort involved. And also, don’t forget that you may wake up one morning and find your Social Networking platform of choice may have gone out of fashion!

To summarize: Social Networking can be a useful tool as part of the bigger picture. It is not a replacement or a substitute for a carefully thought out Internet strategy.